SAN MATEO, Calif., Oct. 2, 2019 /PRNewswire/ — GoPro, Inc. (NASDAQ: GPRO) this week introduced HERO8 Black and its performance-expanding Mods, along with MAX, the company’s new dual-lens camera that’s so versatile it’s like having three cameras in one. 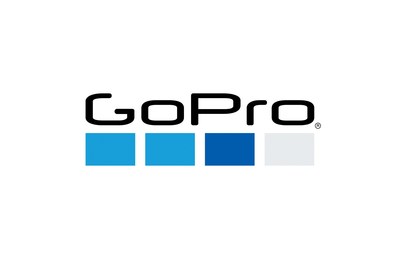 “It’s been 15 years since the first GoPro camera, and from the start our purpose has been to help people share experiences in exciting ways,” said GoPro Founder and CEO Nick Woodman. “And we’re delivering on that purpose in a big way with this year’s new lineup. HERO8 Black, the Mods and MAX totally redefine what’s possible with a camera.”

$79.99 – $49.99 Mods
The Media Mod, Display Mod and Light Mod are modular accessories that enable users to enhance the performance of their HERO8 Black.

The Display Mod ($79.99) is a folding, 1.9″ front-facing display that attaches to the Media Mod to make framing easy when vlogging and using HERO8 Black as a selfie camera. When not in use, the Display Mod can fold down and out of the way, functioning as a rear-facing display.

The Light Mod ($49.99) is a waterproof (33′ / 10m), rechargeable LED light that can attach to the Media Mod or any GoPro mount to provide enhanced lighting in low light settings. Given its versatility, the Light Mod very well may be the world’s most versatile light.

For those seeking expanded performance, Mods enable users to transform their HERO8 Black into a production powerhouse.

$499 MAX
MAX is a dual-lens GoPro camera that maxes out on versatility—it’s like having three cameras in one. Use MAX as a waterproof (16′ / 5m), maximum-stabilized single-lens HERO camera, dual-lens 360 camera or next-level vlogging camera with its built-in front-facing display and shotgun-mic audio capabilities. No matter how you use it, MAX delivers next-level, unbreakable video stabilization with Max HyperSmooth — GoPro’s highest performance stabilization, ever. MAX also features four digital lenses, including the new ultra-wide Max SuperView—GoPro’s widest field of view, ever. Additional features include in-camera 360 video and photo stitching plus ultra quick and convenient keyframe-based editing of 360 content in the GoPro app. GoPro MAX is like no other camera in the world—perfect for innovative users looking to take their creativity to the MAX!

GoPro’s New Four-Camera Lineup
Thanks to clear feedback from its customers, GoPro is delivering its most impressive lineup, ever:

$499 MAX — the ultimate tool for those looking for the maximum in creative freedom. It’s like having three cameras in one.

$399 HERO8 Black — for those who demand the highest level of performance—the very highest resolutions and frame-rates, HyperSmooth 2.0 video stabilization and the all new frameless design with built-in mounting fingers.

“This year’s lineup offers the right level of performance and value at each price point,” said Nick Woodman. “Our customers have made it clear what they want to see from us across the range, and this year we’re delivering with each and every product we make.”

The Updated GoPro App
And in case you missed it, all the goodness of the award-winning Quik video editing app is now built right into the GoPro app. The GoPro app also supports both GoPro and phone content in edits, and now streams live at full HD 1080p resolution on both HERO8 Black and MAX.

GoPro helps the world capture and share itself in immersive and exciting ways.

GoPro, HERO and their respective logos are trademarks or registered trademarks of GoPro, Inc. in the United States and other countries.